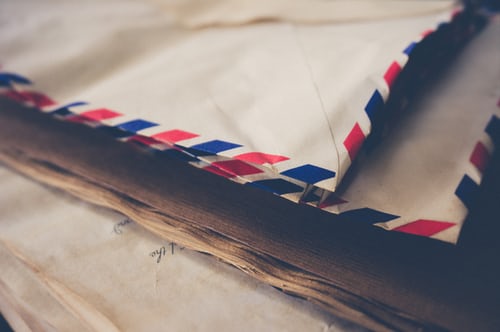 Absentee ballots have been around for a while. The major problem is that your vote might not count. Whether it’s because of a mistake you’ve made on the ballot or various other reasons, your vote might not count. If you plan on voting against me, then by all means use the mail in ballot. If you plan on voting for me, I would appreciate it if you can vote in person so that you know for sure that you’re vote counted. If you make a mistake on your ballot in person, you have an opportunity to get a new one and the old one is voided. If it is impossible for you to vote in person, then the link for more info on obtaining a mail in ballot is https://www.elections.ny.gov/VotingAbsentee.html

Voter fraud is especially concerning with the suggestions of mail in voting. The primary difference between a mail in vote and an absentee ballot vote is that with absentee ballots, you are requesting the ballot. With mail in voting, everyone who is registered to vote will receive one. Some people may not live at that address anymore. Or it may be an elderly person with dementia and their child or caregiver might vote for them. There is also the suggestion of same day voter registration which makes it impossible to verify everyone’s eligibility. Mail in voting in general is a logistical nightmare. Will they have enough staff members to accommodate this and make sure everything is done fairly? Getting the vote right is something that everyone should be concerned about. If I lose the election because more people felt that they wanted the other candidate, then I’m okay with the people’s choice. I wouldn’t be okay with losing because of fraud however. This is the case with every office up for election. The person who the people want should be the winner and not the person who the people in power want.

As a poll site coordinator for multiple elections, I’ve noticed numerous problems that can be solved with voter ID. Most importantly is that voters that do not speak English at sites that don’t have a translator for their language present, often do not vote because no one understands them, and they can’t help them. So, if you only speak Russian and you go to a poll site that only has a Spanish and/or Chinese translator, chances are you’re not going to vote. A simple solution would be to have a sign at every poll site location in every language that says, if you need help and can’t understand English, you can show your ID with your name and address to the information clerk and they will be able to point you to which table you need to go to in order to vote. This way someone who doesn’t speak English can be pointed in the right direction. It’s currently illegal for a poll worker to ask for ID in New York State unless the board of elections specifically requests an ID from a specific voter. An example of a reason why they would request an ID is if the voter never showed an ID when they first registered to vote. The way this sign I suggested is phrased, the poll site worker is not actually asking for an ID but pointing to a sign that suggests that they can provide one so that they can get help instead of leaving and not voting. We have technology at poll sites for the disabled but not a simple sign to help those that speak languages that don’t have translators provided.

Aside from that, the process would be a lot quicker and the lines would move a lot faster if people had their ID out so the poll workers can help them quicker. I am not looking to make voter ID mandatory in New York because it will never pass. If it were to be made mandatory on the federal level by other legislators or at some point in the future, then the proper way to do it is as follows. First of all, people are not turned down the right to vote the first time that they do not have an ID. Whether they are unaware of the new law or any other reason, they will still be able to vote for that election. The poll worker will then check the box next to the voter’s name that would say, no ID provided. They will then later be mailed a card with their name and address from the board of elections stating that if no other id is available, they can present this card as an acceptable form of ID and notify them that any future elections will require them to show ID. There’s the argument about minorities, poor, or elderly not having acceptable forms of ID. I believe most adults have an ID but to avoid any issues, make more forms of ID acceptable. Federal or state issued ID’s whether they have a photo (like a state benefit card) or not (like a social security card, Medicare card, or other federal or state issued ID). It’s not as ideal as a photo ID but it’s unlikely someone else will have possession of someone else’s social security card or other non-photo ID to use at a poll site for voter fraud. Some ID is better than no ID in protecting the integrity of our election process.

Again, I am not looking to make voter ID mandatory because I know I won’t be able to do that. I’m only suggesting the sign in other languages to help those that can’t understand the poll workers and maybe a sign that suggests if they would like to provide an ID to the information clerk to have it out so that the line moves faster. Aside from that I’m just making suggestions that if voter ID ever does get put in place, the suggestions I mentioned will make it as fair as possible. I hope that you agree that these are good and fair suggestions and I hope that I have your support on election day November 3rd, 2020. Thank You.