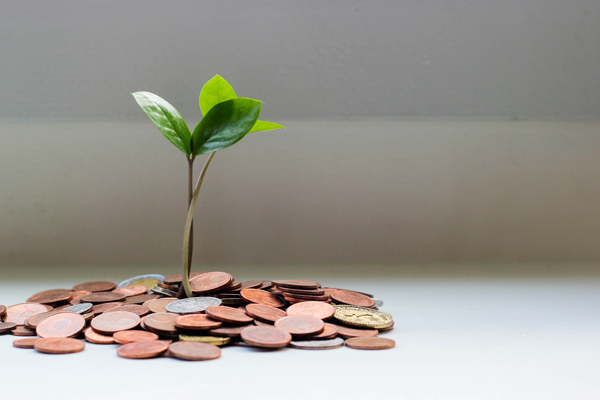 There’s a lot of rebuilding that needs to be done after Covid-19. But let’s face it, the current leadership in both New York city and state have been poorly managing finances for a long time. With drastic overspending acting as if money grows on trees and also over taxing which causes businesses to move elsewhere. Now we are in a very difficult situation and I don’t trust our current leadership to put us in the right direction.

First of all, the city and state need to generate more revenue other than from taxing and fining people. I have a plan that can do just that. To rebuild the empire of the Empire State we need funding. Instead of just asking for federal funding every time we overspend and devalue our currency, we can get funding from issuing municipal bonds. However, investors would be hesitant to invest in municipal bonds with the current state that we are in. Especially with the governor asking the federal government to allow the state to file for bankruptcy.

For those that are unfamiliar with what municipal bonds are I will go into a brief description. Municipal bonds are issued at a par value of $1000 each. Interest on those bonds are federally tax free. Interest on those bonds if you live in the municipality where it is issued are free from federal, state, and city taxes (also called triple tax free). There are 2 types of municipal bonds. The first one is a general obligation bond (or GO), and the second is a revenue bond. GO bonds are backed by the taxing power of the municipality and are normally a safe investment. Revenue bonds are backed by a revenue stream. An example of this is the MTA which unfortunately had their revenue bond credit rating drop in April 2020 due to Covid 19.

Now the proposal that I have is for the issuance of a triple backed municipal bond (which to my knowledge isn’t in existence yet). This bond would be backed by not only the municipalities taxing power like a GO, but also the revenue stream from the project, and finally secured by the value of the property that the project funds. There are land backed bonds in existence but not triple backed like the one I am proposing. The triple backing will allow the state to issue a bond that will sure to be in a higher credit rating which will mean that the interest will be lower than a revenue or a GO bond.

Now what those bonds will fund is the buying of property. Both existing and the development of commercial and large residential properties. So, for example to use even numbers, bonds are issued totaling 100 million dollars to fund the construction of or the purchase of a large commercial building. That building or future development is only currently only worth 50 million. The extra 50 million from this project can be used for other things that the government needs to pay for unrelated to this project. At the bond’s maturity in 15 years the value of the real estate will most likely appreciate to an amount equal or larger than the 100 million needed to pay off the bonds at maturity. The underlining property can be sold before then for a value equal or greater than the 100 million needed to pay off the bonds and the property must be put on the market before the bond matures. Majority bond owners will also have the right of first refusal to buy the underlining property when it goes on the market. This means that they have the option to buy before the general public.

Now the property that’s purchased can be used for a variety of things. Affordable housing, rehabilitation centers, additional space for staff for government workers (like HRA, department of labor, or others to help those in need), and other beneficial things that we desperately need. A portion or in some cases all of these properties will also be renting to retail businesses and offices. The revenue generated from renting to both residents and businesses can be used to pay the interest on the municipal bonds and generate additional revenue to fund other things.

The government buying property will also help prevent a drastic decrease in real estate values. Instead of giving private billionaire developers a 15 year tax abatement, how about the state buys and uses the property to generate revenue and build projects that the community desperately needs. Triple tax-free bonds that are triple backed are a triple win. A win for the investors, a win for the municipality’s financial situation, and a win for the community.

Now there’s a lot more that needs to be done but the buying of multiple properties funded by these bonds will also create jobs. An example is buying an outdoor parking lot and developing it into a high rise that has several underground parking levels. A retail space on the ground level, and the other levels having a variety of different options as mentioned above.

I know that private developers won’t be happy about this and I’m sure elected officials that get donations from those developers don’t like it either. But this would be the best thing for our communities. If there are any honest politicians out there, they can start implementing something like this now. If they don’t and I’m elected, I will fight to make this plan a reality. I will also look at whatever the situation is after I’m in office and come up with a solution for it. Unlike other politicians that just complain about problems, point fingers, and don’t have any good solutions, I will have plenty. I can’t do it without you though. Vote for me if you live in the 46th assembly district in South Brooklyn. Whether you do or don’t, you can still donate to my campaign so I can have a better chance of winning. You can also help by spreading the word so that others might help as well. Thank you!