/ Issues / / Education and After School Programs

Education and After School Programs 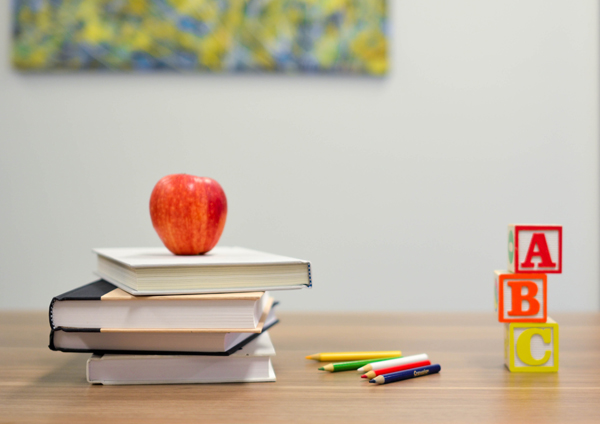 I feel like there are a lot of things wrong with our education system with some of the things being completely ridiculous. The idea of getting rid of specialized high school exams is one of those ridiculous ideas. Kids should get into certain schools based on merit. To say that it’s unfair is completely opposite. It’s unfair for the hard working smarter student, that someone who is less qualified gets the same opportunity. It’s as if you were qualified for a job and you didn’t make the cut because they gave it to a random person who isn’t qualified instead because random gives everyone a chance and somehow that’s more fair. Things have gotten so ridiculous that even a performing arts school isn’t allowed to have auditions for applicants. How does that make any sense at all? So a child who’s been practicing an instrument for years to get good at it might not make the cut because some other child thinks it’s a cool idea to learn how to play? And since there’s only so many kids that can get in and we can’t base it on their actual ability, the child who actually has a passion for it and put the work in might not get the opportunity. No this is not an analogy for specialized high school exams. This is actually happening and it’s been happening for a while now. It’s completely unbelievable and you can see more about this happening in an article found here .

Aside from fixing what’s wrong with the current system I would like to add things to make it better. I would like to add 1 semester of a basic skills course. This semester will focus on a variety of life skills and basic knowledge of numerous fields that can be very valuable to our students in the future. Some of these skills are basics that can be taught in more detail in a trade school if the student has an interest in pursuing it. Other skills can be used throughout the coarse of life. Some of these skills unfortunately a lot of adults don’t even have and they probably wish that they did. These classes would be ideal for a Junior or Sophomore high school student as they decide on their future. Maybe they take up an interest in a trade school instead of going to a traditional college with a potential 6 figure debt to follow.

An example of this is the first day of class for the semester students can put together their own desk and take it apart on the last day of class of the semester. This is a basic knowledge that a lot of adults lack the confidence to try and assemble something themselves and often pay someone else to do it. Having the basic knowledge of knowing what a Phillips head screwdriver is or an Allen key is and being comfortable using them is a basic knowledge that they can use for the rest of their lives. With so many fatherless homes or parents themselves not knowing how to do basic things, this simple task can help build confidence after the sense of achievement that they put together the desk that they’re using in class every day.

Other examples are 1 week or a few days knowledge of the basics of plumbing, electrical wiring, basic knowledge of the mechanics of a car and other useful knowledge. Not everything in this course is about things you would consider a handyman to have knowledge in and I’ll get into the details of one other subject after getting into more detail about auto mechanics. It’s sad that so many people don’t know how to change a tire and have to rely on someone else to do it. Shouldn’t high school students know about the cars that they’re going to drive before or during drivers Ed? Knowing how to change your tire, knowing that you have to change your oil, checking fluids, the cooling system, what an alternator is, your battery and how to jump start a car, and other knowledge. This could be something that helps your teenager and future adult not have to call you or someone else in the middle of the night when they’re stranded because of something as simple as a flat tire.

Now on to other skills and knowledge that can be useful throughout life. The basics of the financial world. Students can learn the basics of opening a checking account, saving for retirement, investing, how credit works, and other important financial knowledge. A lot of basic knowledge can be covered in 1 or 2 classes. Another skill is website design. Learning the basics of building a website can be useful, especially if they want to own a business one day. It can also be useful if they want to have something more impressive than just a paper resume for certain careers. This is one of 6 websites that I’ve worked on myself and I’ve never had to rely on someone else to implement my vision for my website or to make changes when necessary. I know how to film, edit, design a website, graphic design, post videos to different social media platforms and add them to my website. These are all things that don’t take long to learn if there’s someone there to teach and someone else who’s willing to learn. Basic knowledge in all of these topics won’t take long to teach and students can pursue more knowledge about each if they find an interest in it. I think that not only will kids have fun learning these topics, but it will give them a sense of pride and accomplishment that they have the knowledge of things that will be useful to them in their future.

Now on to the after school program that I think our kids will really enjoy. An after school gaming program. A lot of our kids aren’t athletic enough to make a sports team and some of them have no interest in sports. I personally was on 3 sports teams in high school (football, ice hockey, and track and field) and I believe that sports are great but I also understand that they’re not for everyone. This is something that will give kids an opportunity to play with their classmates and even against other schools for those that play in a school e league which I would like to implement. Some students live in homes that can’t afford a video game system and it’s a good way for them to play, socialize with their classmates, and stay off the streets. This will also be something that keeps them in school past 5pm when most parents get out of work so that’s an added benefit instead of some parents being limited to the hours they can work because they don’t have anyone else to pick up their kid.

This program of course would be with each individual parents’ permission. So, if you do not want your child involved, they don’t have to be. Also, if your child is acting out at home or for whatever reason you no longer want them to participate, it can be a punishment until they get their act together. Also just like with sports teams if the student’s grades aren’t satisfactory, they will be removed from the program until their grades go up. The program wouldn’t start right after class as there will be time for students to do their homework and get tutoring before the gaming begins. This will also give student athletes the opportunity to participate as well after practice and not have to choose between sports or gaming. So if class ends at 230, then the gaming program can go on from 4-6pm. Schools can play against other schools in games like NBA 2k and there won’t be any violent games like call of duty so parents don’t have to worry about that. With the popularity of e gaming growing and people becoming professionals, I think this is a low cost and extremely beneficial after school program. Students won’t even have to travel to play against other schools as the competitions will be online.

This after school program is something that I wanted to implement as a nonprofit that I was going to start. Now that I’ve decided to run for office, I think it would be much more beneficial if we implement it into our school system. I’m hoping that it can be started at least as a pilot program in schools in my district and hopefully growing to statewide and eventually nationally, or even globally. This is not about Mark Szuszkiewicz getting the credit for any of my ideas and whether I win or lose the election I want to put my ideas out there so that hopefully someone implements them. I know that whether I win or lose I will start the process on having something like this for our students whether it’s through our schools or as a nonprofit after school facility. I hope that you can help by either voting for me if you’re in my district, donating to the campaign, volunteering on the campaign, or just simply sharing my website on social media to help spread the word. Thank you.