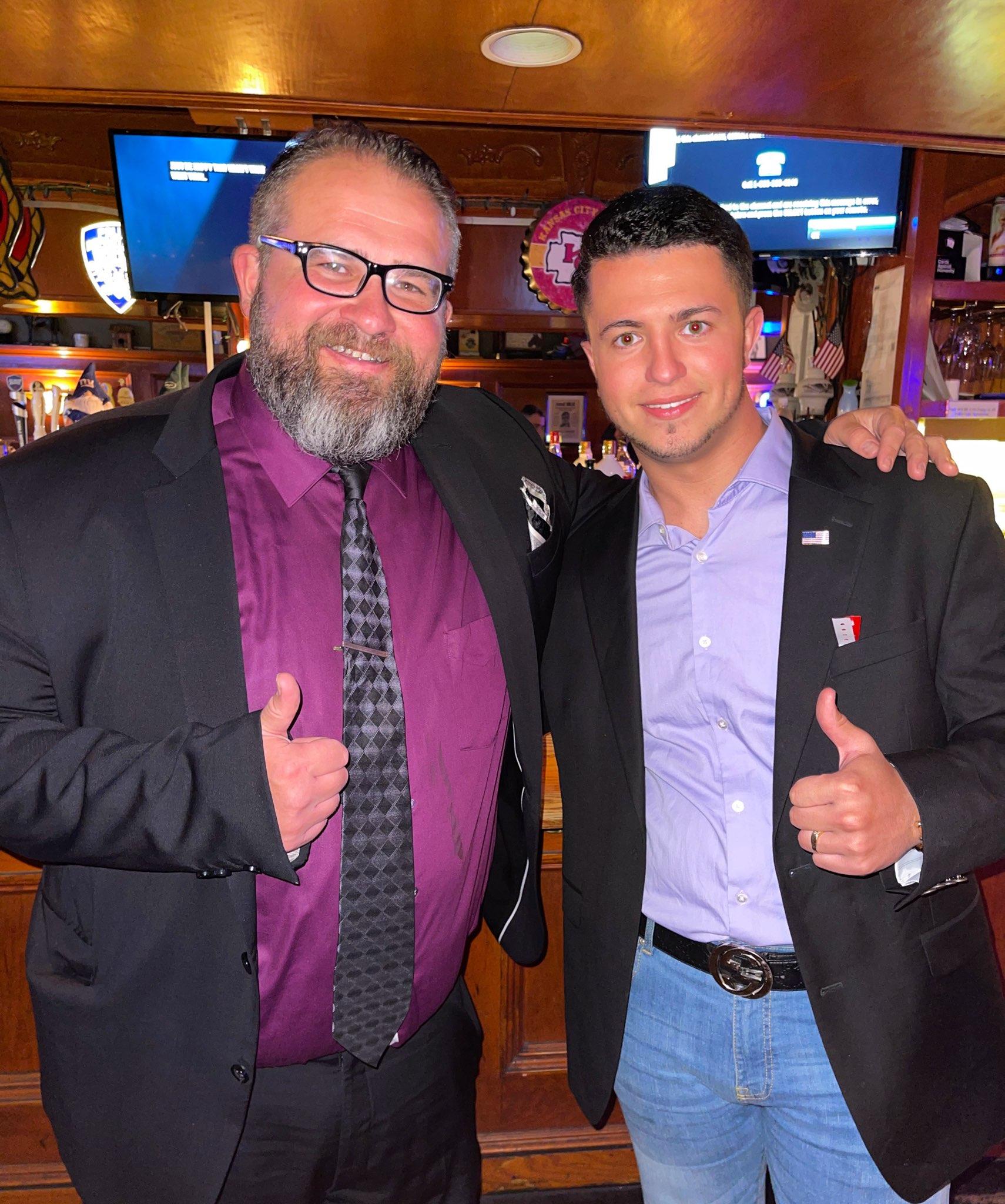 I have had the pleasure of living right here in Southern Brooklyn my entire life, first in Bensonhurst and now in Seagate. I don’t come from a politically involved family. My father is retired Department of Sanitation (DSNY), my mother is a Registered Nurse (RN), my sister is a special education teacher with the Department of Education, (DOE) and my brother is a train conductor with the Metro Transit Authority (MTA). I have seen first hand the consequences of poor policy making and its truly saddening to see what Southern Brooklyn has become. The City Council successfully defunded the NYPD by $900 million through the new budget, were overwhelmingly silent on the Governor implementing job and spirit killing lockdowns on businesses and other areas of public life, and turned a blind eye or even outright attempted to justify mass lawlessness throughout last Summer. I interned at State Senator Martin J. Goldens Bay Ridge office in 2017, graduated from Adelphi Academy with second honors and began classes at the College of Staten Island the following year. Upon graduating from Saint Francis College with a Bachelors in 2024, I plan on getting married, serving my country in the U.S. Army Reserves and running for District Leader.

I’m proud and excited to sign my seal support for Mark Szuszkiewicz for City Council in the 47th District. Anyone can say whatever they please about Mark but there is one undeniable fact that cannot be refuted at the end of the day: Mark is the right guy for the job and  knows what it takes. Mark is not a polished career politician who will side with the special interest groups or always say what currently trendy, but rather with the ordinary men and women of Gravesend, Bath Beach, Homecrest, Seagate, and Coney Island. If put to the test to get this economy back on track, put children in class rooms to recieve a proper education and restore respect for our brave law enforcement, Mark will not disappoint. I have come to know Mark not only on a professional level but after seeing him in action, a personal one as well. I  can confidently confirm what everyone has to say about him: He loves this city, has a heart as big as his imagination, and will serve honorably once in office. Over the past couple of years we have seen our general quality of life consistently on the decline. We live in a one party state and certainly a one party city where Democrats think they can do whatever they want and continue to win elections and get away with the policies they have implemented. Come November 2nd: We are going to have to make our voices heard and unify behind a disciplined, proven leader like Mark to take Southern Brooklyn forward in this decade and beyond if we wish to usher in prosperity and sanity in the place we call home.

Please join myself and Mark in his next fundraiser event. 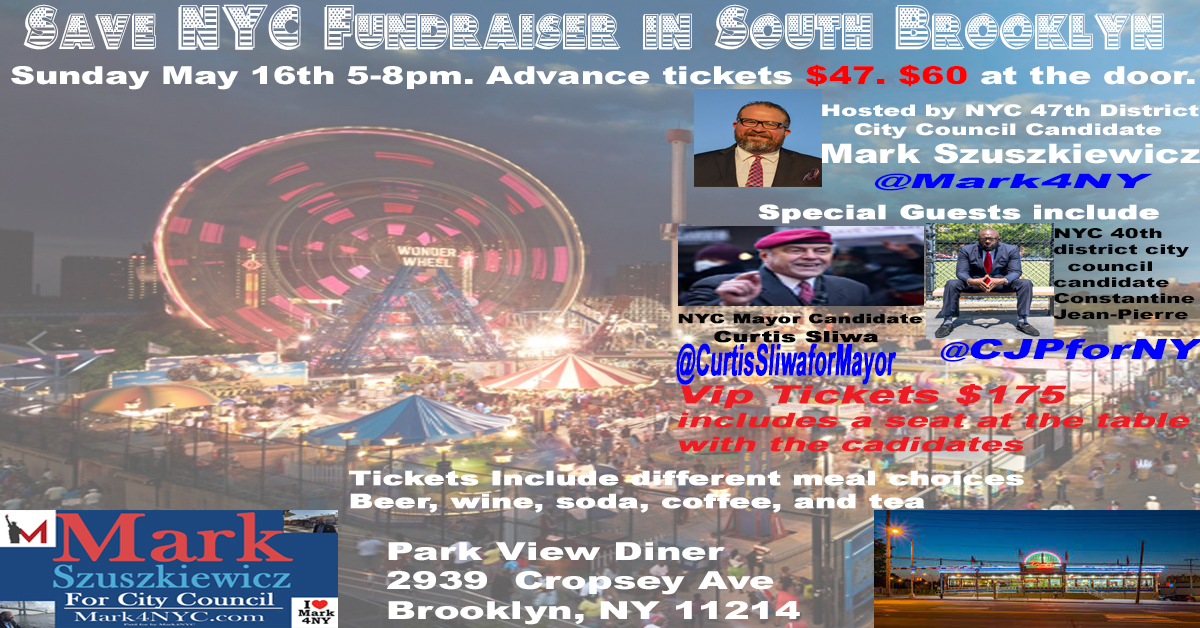 Join 47th district City Council Candidate Mark Szuszkiewicz, Republican Mayor Candidate Curtis Sliwa, Conservative Party Mayor Candidate Bill Pepitone, 40th district city Council Candidate Constantine Jean-Pierre, and other special guests in a fundraiser for Mark’s city council campaign on Sunday May 16th from 5-8pm at the Park View Diner on 2939 Cropsey Ave in Brooklyn NY. Make a donation of $47 or more to be on the guest list for this event. Tickets will be $60 at the door if there are any tickets left. Tickets include different meal choices as well as unlimited beer, wine, soda, coffee, and tea. Limited VIP tickets are available for $175 and include a seat at the table with the candidates. If you cannot make the event, please consider making a donation of any amount. If you’re a NYC resident, donations may be matched by NYC 8 to 1. So a $10 donation can get another $80 from NYC totaling $90 in the help in the fight to Save NYC.